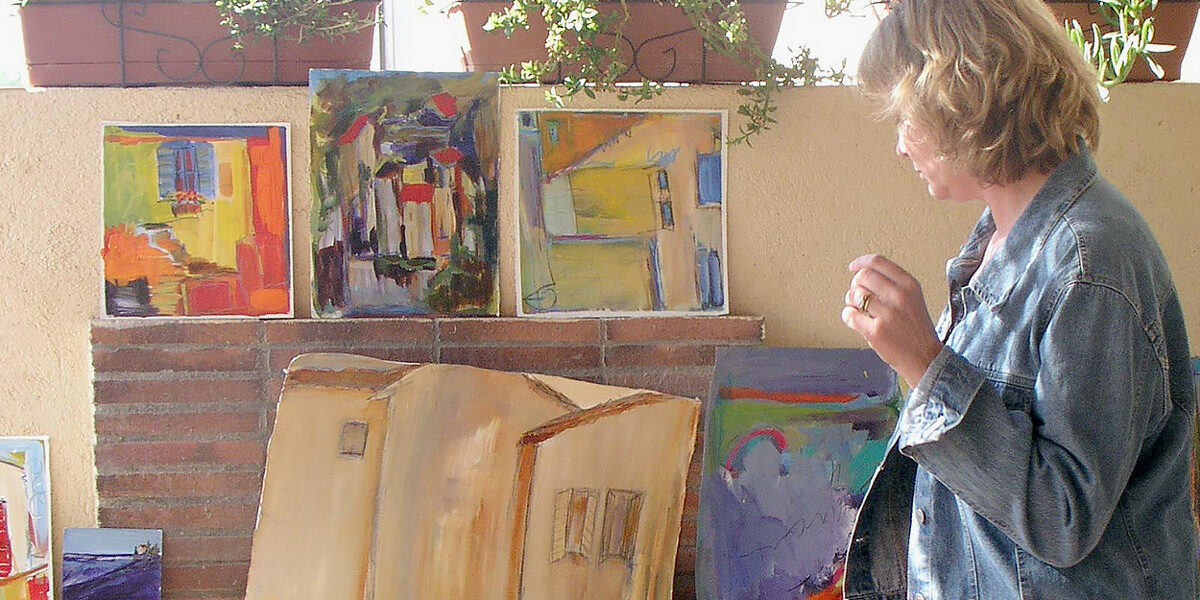 Since buying our maison de village in March 2002, we have shared our home through Vacation Rentals by Owner more than 50 times. When VRBO redesigned itself in the mold of AirBnB a couple of years ago, it anonymized the dozens of marvelous reviews left by guests. I used to refer visitors to this personal site to VRBO. Instead, I am reaching out to former guests who have stayed in touch with us to share memories for our personal site. There are terrific memories here.

Some are providing letters, others have sent images, others both.

I do need to highlight some…

The “Escape Artists” from southern Maryland who spent 2 weeks in Carcès in 2004 left paintings that we display in the entry hall with pride. We feature their work, with their contact info, in the gallery on this page. That entryway and other places in the house also happily showcases the work of other artists who stayed at our home. Some have sent scans of the work they completed while staying in Carcès, and we showcase those here.

Stacy Silverwood and Carol Alley have rented our home long-term several times, (including one year in which we did not return to France). Stacy made the most of the couple’s sojourns to photograph extensively around Carcès, the surrounding region, and far beyond into other parts of Europe. Enjoy a rich visual tour of his local images in this slide show, and then travel farther on his website, which we link to in the captions.

Other photographers are among those who have shared our home and now share images they captured while in Carcès.

We feel so very fortunate to own our home and that so many creative people have called it theirs for a while.